When it comes to the issue of divorce in the United States, one of the most commonly referred to and cited statistics is the divorce rate.

The divorce rate is the percentage regarding the incidence of divorce in a particular area, usually applied at the state and national levels.

What is the Divorce Rate in the United States?

One of the most commonly made assumptions regarding the divorce rate in America is that half of all marriages will ultimately end in divorce. Though such statistic is not the most accurate, the fact is that it is still quite close to the actual divorce rate percentage.

Though statistics will often vary, it is widely accepted to state that the current divorce rate in the United States remains somewhere between 40% to 50%.

Furthermore, if the current statistical trends continue and remain unchanged, the statement that half of the American marriages end in divorce is bound to become more accurate.

However, such statistic does not necessarily provide more detailed information regarding divorce in the United States. The fact is that there are various contributing factors to the divorce rate, oftentimes overlooked by many.

What Factors are Considered When Determining the Divorce Rate?

Many will believe that half of the marriages in the United States end in divorce simply based on data representing that there are twice the amount of divorces than there are marriages in a particular year.

However, there various other factors that contribute to the divorce rate in the United States that are oftentimes overlooked or simply not appropriately represented. One of the most important factors is the age of those in marriages.

It has proven that individuals that are married before the age of 18 are most likely to have a divorce. However, as the age increases, the percentage of marriages that end in divorce tend to decline.

Even though age and the possibility for divorce seem to have a correlation, the numbers are still relatively high. Nearly 25% of people over the age of 25 that are married will eventually undergo a divorce.

Aside from age, there are other important factors that affect the divorce rate. Among them, some may include race or ethnicity, religion, the precedence of divorce in the family, history of abuse, the birth of children before marriage, and even history of certain mental or emotional disorders.

Another important factor that has relevant weight in determining the divorce rate is multiple marriages. Statistics will show that those that will marry for subsequent are more likely to divorce. As it stands, the commonly used divorce rate is that of 50% for first marriages. 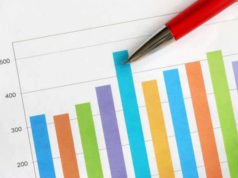 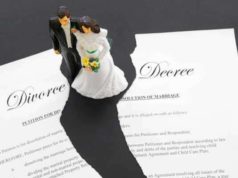