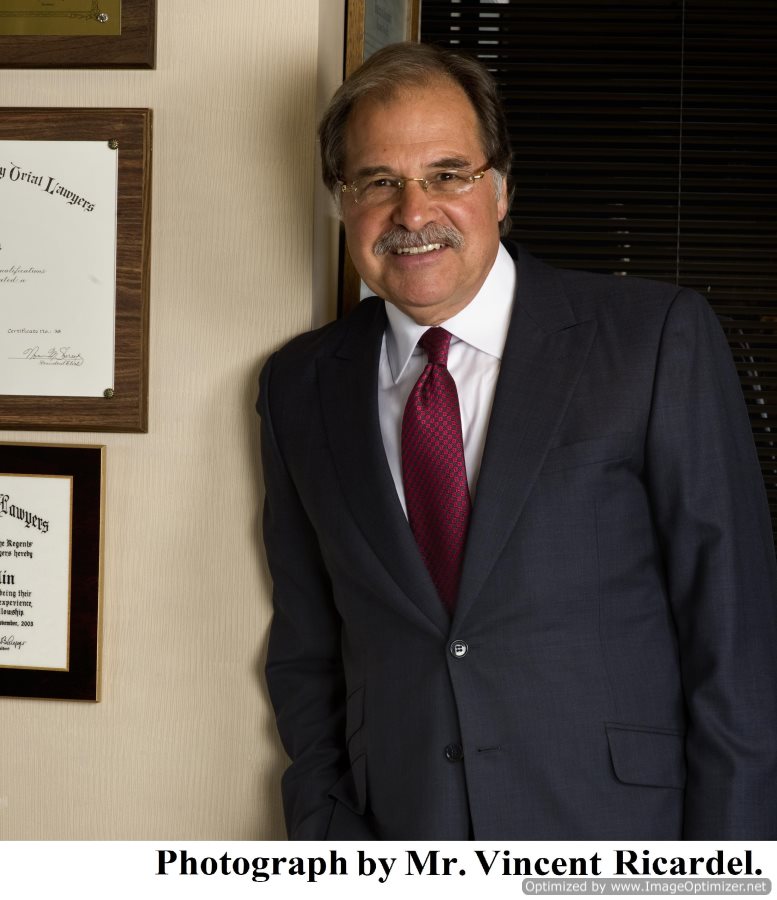 Washington, DC—In a city where fully ten percent of adult residents are attorneys, being top dog takes dedication and almost unimaginable talent.  Sanford Ain was named Washington's #1 divorce attorney by Washingtonian magazine, and is considered among the top lawyers in the entire country in the family law field.

Ain didn't take the most direct path to family law superstardom.  In fact, he told laws.com in a recent interview, he came to family law after several years of success working for a broad-based general practice firm doing antitrust litigation, as well as family, estate and trust law. He has since taken over the firm after working there for many years. “I also did a considerable amount of real estate work,” Ain recalls of his first years as an attorney.  “There was a real estate boom in the mid to late '70s, and Washington, DC was at the heart of it.  We experienced new office buildings, new residences, new multifamily residences, and I did a lot of transactional work as well.”

Even when he was working to help people complete real estate transactions, Ain liked working with people best.  “I found myself enjoying representing people and families more than the other areas of the practice.  It was enormously rewarding to help people through difficult times in their lives and making sure they came out on the other side unscathed.”

The general practice environment would also contribute to Ain's skills in divorce law later, giving him “a variety of skills, from trial work to corporate tax issues, that consistently came up in family law divorce cases.”  He says that he appreciates the “multidisciplinary” nature of a divorce case, which can often incorporate several different areas of law before discovery is over.  “Family law cases invoke as much business strategy, succession planning, and tax law as any transactional lawyer encounters on a daily basis.”

Today, Ain is the most renowned among the 13 family lawyers at his firm.  “Our clients come from every walk of life,” Ain says, “From multi-billionaires to middle class working people.  Lawyers, lobbyists, and businesspeople are the areas we see most often—people who work for the World Bank and for the United States government, all the way up to people working in the White House.”

Of his excellent reputation, Ain says it's all a matter of developing relationships: “That is a function of treating people well for over forty years and doing a very good job for people, letting them know that we really do care about them and their families.”

Marriage and families have changed significantly since Ain began to practice law in the 1970s, and divorce attorneys have kept up with the changing times.  Today, with the Supreme Court considering the constitutionality of the Defense of Marriage Act, Ain says, “We are obviously moving toward acceptance of same sex marriage.  Maryland and DC have laws that approve same sex marriage, and I suspect the Supreme Court will do what, in 1967, [Loving v. Virginia] did when it declared prohibitions against interracial marriage void.”

It's not just gay marriage that has changed the family law landscape.  “We have also had enormous developments in reproductive issues which involve surrogates and issues with respect to preserving embryos that were unheard of 40 years ago.”

Even today, though, most people coming to family law attorneys are coming for what they always have: divorces.  When couples want to split, Ain says: “Anyone who wants to take the family case to court is nuts.  A judge will hear their case for a couple of days or hours to take the power away from yourself.”

Mediation, which allows couples to negotiate a solution, gets high praise from Ain.  “People who are able to utilize mediation to sort out their issues are intelligent, bright, and can see the forest through the trees.  The best quality for someone getting a divorce is someone who wants to do it quickly, respectfully, and reasonably.”

Usually, Ain says that couples only end up going in front of a judge to decide their divorce when one person is interested primarily in hurting their former spouse.  “If people are out for blood, I try to work with them to explain to them that it is not in their best interest,” Ain explains.  “If they are persistent, I won't represent them—I tell them to waste their money somewhere else.  They will be angry and hurt that they wasted a chunk of their life and a big chunk of their savings.”