Divorce settlements can be reached in a variety of ways.

In some cases, couples are able to reach agreements on all clauses on their own.

Their divorce strategy includes a mutually beneficial agreement in the absence of the stress associated with court proceedings.

In other cases, couples utilize the services of a collaborative family law attorney in order to reach an agreement utilizing divorce strategies that strive to help the couple avoid litigation and come to an agreement that is in the best interest of all members of the family.

Divorce settlement agreements greatly affect all family members, particularly any children of the marriage and judges also strive to utilize a divorce strategy that helps the family maintain a sense of normalcy. However, that can not always be achieved due to the nature of litigation.

In cases of child custody, one factor that is considered by the courts is the gender of the parent. While recent divorce regulations are influenced by individual requirements for acting in the best interest of the children, little has changed in child custody issues.

In fact, mothers are still granted custody in almost all cases that are absent of intervening factors such as drug use. This is especially true if the children are very young.

Older children are frequently allowed to give input to the judge regarding their best interests, depending on the divorce strategy utilized by each parent’s lawyer.

However, judges still generally award custody to mothers in divorce agreements, regardless of any divorce strategy utilized by either side.

Unfortunately, many fathers attempt to utilize a divorce strategy that includes untrue accusations against the mother, in hopes of gaining child custody rights.

In addition, state laws play a factor in divorce strategies, as laws may dictate what is allowed to be in a divorce settlement.

An intervening factor in divorce strategies is the manner in which couples have chosen to divorce, including causes and grounds for divorce.

Couples that have chosen to attempt a resolution on their own, often distribute property in a more equal fashion.

Their divorce strategy generally involves the avoidance of continued disputes and dragging the process out for longer than is necessary.

In some cases, couples wish to remain amicable and their divorce strategy would be one that helps them to reach a mutually beneficial agreement in the absence of court intervention.

However, there are many varied divorce strategies for contested divorces and not all of them consider the effects of the divorce on involved parties.

Unfortunately, many divorces become tangled in conflict and revenge. Couples that utilize a divorce strategy that is aimed at remaining amicable, are generally much happier with the results.

However, couples that hire divorce attorneys generally leave the divorce strategy in the lawyer’s hands, and sometimes have no input as to the process.

Many times, those couples find the process to be very stressful. Couples should consider their strategy carefully before the process begins; committing to a productive and respectful divorce process, the couple in question can avoid causing more disruption for themselves and their family. 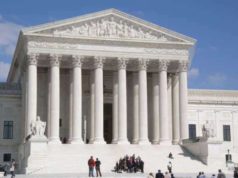 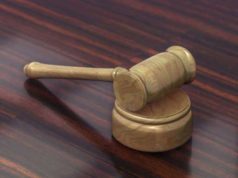