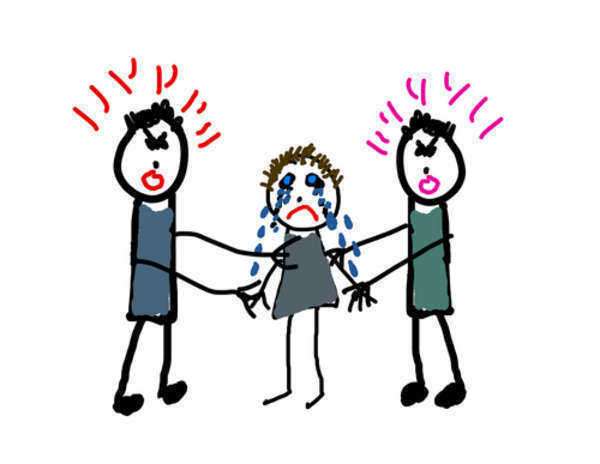 During the divorce process, couples in all states have the best chance of completing the legal procedure with minimal expense by negotiating a mutually acceptable separation agreement that can be presented to a judge. This document outlines how all potential areas of dispute will be handled. Child custody arrangements are one of the most important parts of this legal agreement. In the vast majority of cases, spouses are able to come to terms without a judge issuing a ruling.

There are two types of custody:

• Legal custody refers to who has responsibility for making decisions on the child’s behalf concerning religion, medical care, education and related concerns.

• Physical custody refers to who the child lives with.

Child custody arrangements for both of these can be shared or sole. This means two parents can have equal say in making decisions on their child’s behalf, that only one parent can make these decisions, or any division of power between these two opposing arrangements. Similarly, a child may spend an equal amount of time each year with both parents, only see one parent the entire time, or spend the bulk of their time with one parent while seeing the noncustodial spouse on a regularly arranged basis.

Every state has legislated different factors that a judge may take into consideration when deciding what kind of arrangement is in the best interest of the child. Some of the most common concerns include:

• How well parents can cooperate for the sake of their child

• The age and health of both spouses

Couples may be as specific as they feel necessary when creating child custody arrangements. Some spouses may wish to detail who will have custody of the child on each major federal holidays. While a judge may order a couple to rewrite part or all of their separation agreement if it is somehow unfair to one party or otherwise in violation of the law, in most cases couples who prepare this document carefully will be guaranteed that the outcome they have negotiated will be approved.

When both parties agree on the importance of resolving all child custody arrangements before their scheduled court date but cannot agree on all the issues involved, it may be desirable to split the cost of hiring a mediator. In most states, a judge will order any couple which cannot come to a mutually acceptable resolution concerning their minor children to attend a mediation session. In this procedure, a neutral third party guides a discussion with the hope of leading both spouses to resolve any areas of dispute and create a document to submit for a judge’s approval.

It is very rare that one parent will be entirely denied the right to visit with their child. This is generally only the case when a spouse has been physically abusive.