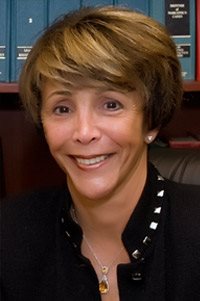 “Because I was the only woman in my law firm, they gave me all the domestic cases,” Grenadier recalled of her first job in a recent interview with laws.com. “I liked the human side of dealing with domestic issues to help people move on. It certainly is not boring, as many forms of law are.”

Marriage, family economics, and domestic arrangements have changed in major ways since 1967, and Grenadier has witnessed some of these changes affecting her clients. “We have more women working, and more men that are taking the lead in family care, in terms of picking up and being there for the kids,” she says. “We have more gay couples that are out in the open.”

While Grenadier has helped people through both amicable and messy divorces, she says that she remains an idealist at heart about the institution of marriage: “I have a more ideal view of marriage: marriage, to me, is an institution where people have trust and prioritize one another, where you are best friends as well as lovers. There is an intimacy involved in solid marriage—I am told most marriages are not that way. I may live in an ideal world where marriage is concerned.”

Grenadier believes that people should exhaust any other options they may have for resolving their divorce dispute; including mediation and having attorneys negotiate a settlement, before deciding to go to trial. “Litigation should always be a last resort,” she explains. “I will do it, but it is not the preferred method. Lawyers can sometimes work it out between themselves, but a mediator is good because it makes each party comfortable. It is a nice way to resolve these differences.”

Many people associate long discovery processes during divorce negotiations with animosity, but in Grenadier's experience, this is not necessarily the case. “It doesn't have to be unfriendly, but it's necessary. I have one case right now where the discovery process is crazy—we're going back 10 to 15 years to weed out information needed for accurate financial resolution, this is needed. Other lengthy discovery can be unnecessary and seems related only to who did what to whom, which can be costly without reward.

For spouses who need to find a divorce attorney, Grenadier advises you need to find the right fit. “Some people may be more comfortable with one lawyer than another, and it's important that you have a comfort level with the firm as well as the lawyer,” she says. “Usually there will be more than one lawyer working a case.”

Divorcing spouses often find themselves in a divorce attorney's office because they didn't go into marriage with realistic expectations and goals, according to Grenadier. “Many people, when getting married, look at it as a fix-it, an ultimate resolution to any problems. Marriage needs to be looked at as a warm, loving friendship where you spend time with your soul mate,” she says. “People have children at times to fix problems, but that only makes it worse.”

As for when it's the right time to seek legal advice, Grenadier says that you “don't want to have a couple in and out of a lawyer's office at the first sign of a battle. But if there is a concern, they should seek legal advice. People should do it if they feel they have been pushed too far—"there are many cases where people should have sought counsel earlier.” This can be necessary for financial advice, and also to clarify for the client issues of relevance, both past, current and future, whether heading for divorce or for information that may assist in resolving problems short of a divorce.