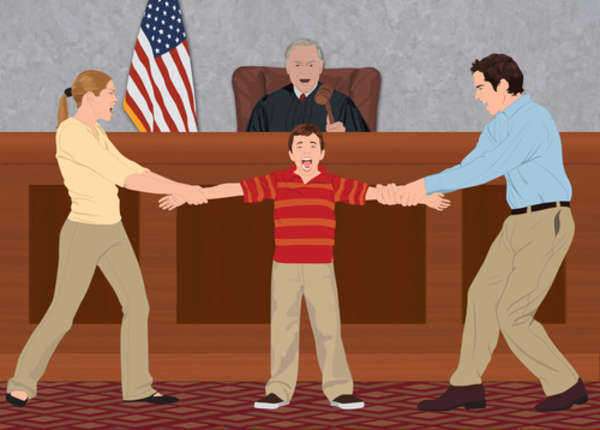 Family court and child custody can make many Virginia parents afraid or nervous.

Understanding child custody laws in Virginia may give you peace of mind as you file for divorce or prepare for custody proceedings.

You may be surprised to know that Virginia’s process for determining who a child stays with almost never involves a stereotypical custody trial.

This guide will help you understand the child custody laws in Virginia that affect you, and explain how you can use mediation to come to an agreement for a court-approved parenting plan.

Many times, parents are able to come to an agreement about a parenting plan that will fulfill their needs as well as their children’s.

Child custody laws in Virginia allow divorcing parents to draft a parenting plan that specifies how the parents intend to divide legal responsibility for decisions pertaining to the child as well as physical custody.

Because divorce is often an emotionally difficult experience filled with tense moments, it may be difficult to agree on a parenting plan with your ex-spouse.

In cases where parents are having a difficult time reaching an agreement, child custody laws in Virginia allow for mediation to help them negotiate.

A trained mediator can keep your attention focused on your child’s well-being rather than the emotional fallout of your split and help you produce a parenting plan likely to be accepted by a judge.

In cases where the judge feels a parenting plan will not be in the best interests of the child, child custody laws in Virginia allow the judge to revise the plan.

Sole custody means that one parent has exclusive decision-making abilities when it comes to both major and minor life decisions for their child.

Unmarried mothers automatically have sole custody of their children according to child custody laws in Virginia, unless the father sues for parental rights.

When parents divorce, sole custody may be awarded if the judge determines that it is in the best interests of the child. Generally, if one parent is awarded full custody, the other will be awarded visitation rights.

In a few cases where parents have multiple children, judges may assign split custody (or approve a plan for split custody submitted by the parents).

Split custody occurs when each parent has sole custody of one or more children, effectively splitting up siblings.

This is most commonly done when there is a large age gap or each child has a strong preference for which parent to live with. Visitation rights in a split custody case will usually involve sibling as well as parental visitation.

Judges prefer to award joint custody rather than sole or split custody and are likely to do so based on child custody laws in Virginia unless one parent can prove that joint custody would not be in the child’s best interest.

In cases where the parents live very far apart, the judge is substantially less likely to award joint custody.