What is an Annulment?
An annulment is a legal procedure undertaken by married individuals to denounce that their marriage never took place. The annulment process declares a marriage null and void; it is held in contrast to a divorce which recognizes that a marriage at one time took place. An annulment is therefore retroactive; an annulled marriage is considered to be invalid from the onset of the marriage.
A marriage is in essence a contract. Two individuals agree to the stipulations that the marriage enforces, and through this agreement, are connected in the eyes of the particular state government where the marriage took place. An annulment, as a result of its retroactive status, takes the contract and deems it void, which in turn rules the wedding as null.
Valid Reasons for an Annulment
There are two basic forms of annulment: an annulment in a Catholic Church and a civil annulment that is instituted by a local court system. The qualifications of a civil annulment will vary based on state, but there are several common grounds which will deem a marriage null and void.
The basic reasons that will deliver a declaration of nullity are: if the marriage was entered into by one party through force, a threat, fraud, intoxication, or the concealment of vital information, such as the presence of children. An annulment will also be granted if one of the parties was underage at the time the marriage took place, or if the couple is closely related.
Legal Process
In the majority of states, the universal petition form used for divorce is also used to declare a marriage null and void. For an annulment, an individual simply checks the box for nullity rather than dissolution or divorce. These forms are obtained through your state or jurisdiction’s Family Law Division or county court.
The petition must be filed in the county of your residency, even if the marriage took place in another state. Similar to a divorce, there are filing fees attached to the submission of an annulment application. Typically annulments are mutual, meaning both parties will agree to declare the marriage void; however, if one party contests the initiation of an annulment, a hearing will be scheduled where both parties will present evidence to the state.
The state will in turn review the facts of the marriage (how it was commenced and under what pretenses it was agreed upon) and base the delivery of the annulment in relation to the qualifications which can legally declare the marriage null and void.
Catholic Annulment
The Catholic Church possesses strict rules about marriage that explicitly impede the ability to allow for remarriage. Catholics, to receive an annulment, must submit themselves to an annulment process if they wish to have a second marriage recognized by the Church. An annulment will be granted by the Catholic Church if the institution finds that the marriage was entered into without discretion, or without legitimate intentions to procreate, stay together until death, or remain faithful. 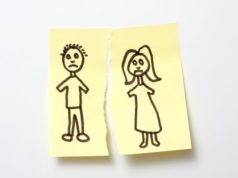 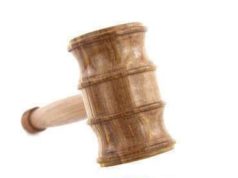 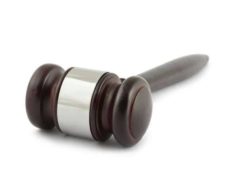