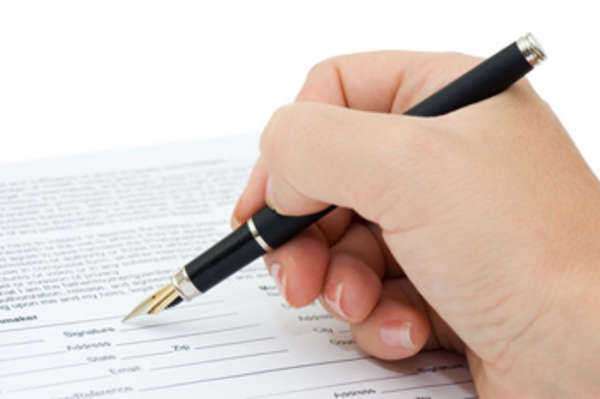 How to Set Up a Suitable After Divorce Checklist

It’s to be expected that numerous kind of checklists are offered whenever facing a current divorce petition. Everything from documents, property distribution, child custody, child support, alimony – all of that has to be considered. Not to mention the need to have all the information necessary – social security numbers, full names, addresses, work addresses, phone numbers, the whole nine yards.

What many people, though, don’t realize is this:

The After Divorce Checklist Is Just as Important

Dealing with a divorce is indeed a trying time for both parties, even the party that had petitioned for the divorce in the first place. So it makes sense to gather good advice and tips for a decent after divorce checklist.

Making sure everything works out great as a bachelor/bachelorette can be a bit harder than you may remember, because divorce can certainly deal a blow, mentally, emotionally, and even physically.

So take note. Here’s what you can expect from a good after divorce checklist:

3. Give Weight to Divorce Counseling

4. And the Same Goes for Premarital Counseling

6. Squaring the Finances Away Is a Must

8. Don’t Forget About the Divorce Decree

Seems like a decent after divorce checklist. But just in case you were a little confused as to what this all means, let’s get right down to business –

What About Rushing Into Life?

Think about it: there’s a reason why this is the first on the after divorce checklist, because typically you’re emotionally and mentally drained and battered from the dealings of the divorce.

So take things slow. Don’t rush into a new relationship. Take some time to figure yourself out and know what you want. The fact is this: most people divorce because of that fact, that they don’t know what they want.

These days, the internet can be a little tricky. You don’t want to mess with it. Stalkers are all over the place.

The problem with them is that they’re easy, secure. And it’s an easy fix to find some sense of companionship or a feeling of self-worth in a chatroom. The only problem is that it’s not real – and most of the time it can be dangerous.

Whether people like to admit it or not, divorce counseling does help. Severing a marriage – especially a marriage that lasted a long time – can cause a great deal of trauma, and without a doubt counseling can address those issues.

And Then Talking to Someone Again

And then, of course, the same thing applies to considering remarriage! Be sure to talk about first before deciding when you’re ready for a new relationship, if not a new marriage. It’s a pretty big step.

They’re a huge adjustment. So recognize that. If it turns out that a remarriage involves more children, recognize that it may be more work; and if you’re up for it, great, but if not, consider other options.

There’s one aspect about divorce most people don’t like: it’s about money. And for some spouses dealing with divorce, finances can get pretty bad. That’s why it’s crucial to keep an eye on the finances, especially before considering a new relationship.

Typically, this particular point may involve the fact that the divorce turned out financially bad for one spouse. What can protect a spouse with considerable income to provide for things like child support and alimony is a ‘prenuptial agreement’ in a new marriage. It essentially protects income in the case the marriage doesn’t work out.

And while on the subject of things like child support, know this as probably the most important part of the checklist: don’t forget the Divorce Decree, the order stipulated by the court. If you have parenting time, follow it. If you’re required to pay child support, pay it. Everything needs to be followed to the letter.