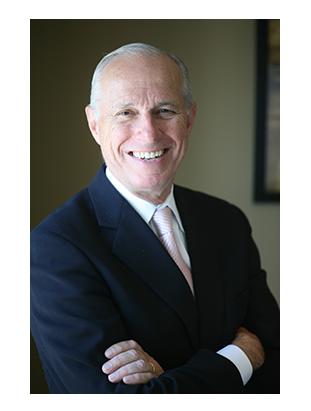 “I got out of the Navy with an interest in maritime law,” Kuder recalled in a recent interview with laws.com.  “I was in a maritime administrative practice, and my friends kept asking me about legal problems in their lives.  I had no clue as to the answers, due to my training in maritime law since I was not practicing those areas of the law affecting peoples’ daily lives.”

Soon, his career would take a turn.  “There were some problems in the firm I was in, which pushed me to begin thinking of other options in law.  I joined a broad practice firm and a senior partner took me under his wing.  He was an expert at personal injury and family law.  Unfortunately, he died suddenly of cancer and I had to take over.  The most immediate part was the family practice.”

At the time when Kuder began practicing family law, there was still a substantial stigma associated with divorce and divorce lawyers, largely because obtaining a divorce meant proving fault for one of the parties.  “We have moved away from that stigma over the years,” says Kuder.  “People exaggerate how much we have moved away from that stigma, though.  Just because you can get a no-fault divorce doesn't mean it can't get nasty.”  People feel strongly about infidelity.

Listed as one of the Washingtonian's top family lawyers in DC for a remarkable 45 years, Kuder says that the clients who come into his office generally fall into two types: those who come in wanting an immediate divorce, and those who come insisting they only are asking about their rights and options.

“Contrary to the norm of what people may think, those who want to know their rights are more likely, in my experience, to go through with the divorce,” he says.  “They are hurting.”  On the other hand, he says, “Those who say they want a divorce are usually just angry and want something to happen—that something can be counseling, mediation, or other types of reconciliation.”

During divorce cases, divorcing spouses should avoid the urge to go for blood, according to Kuder.  “A divorce is ultimately a financial situation, except when there are children involved.  It is a process that is not fun or pleasant, but keep your ego in check, just do what has to be done.”

When looking for an attorney, this means looking for attorneys who “are known in the community for not being bomb throwers and not being persons who stir up the pot,” Kuder cautions.  “Consider mediation and collaborative law, instead of going to court.”

Kuder says that there are, however, some situations where mediation won't necessarily be a couple's best option.  “The caveat is that there has to be equity or understanding of finances and personal power.  If you have someone who says, give her whatever she wants, then you cannot mediate that.  When someone says, 'I've always done what he said and I don't see why I should change now,' that's another bad case for mediation.

“When neither one is dependent or bullied, they can thrive with a good mediator, or with lawyers who are committed to collaborative law or negotiation without bomb-throwing.”