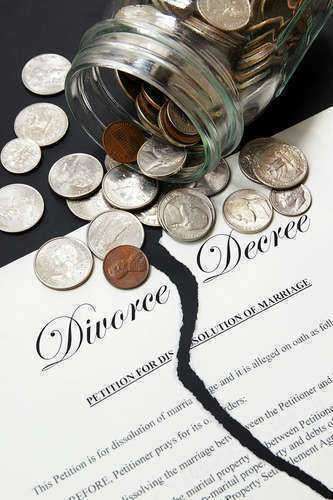 Is There a Way to Obtain an Affordable Divorce?

Thankfully, yes, there is. It just takes a bit of clever research and the hope of an ideal situation. We have to understand one important thing, though, about a divorce:

Most divorces can cost a bit of money. But only because they’re not handled quite right. In all honesty, divorces are viewed as something other than what they really are….

A Divorce Is Not a ‘Lawsuit,’ But a ‘Negotiation’

Many need to remember that. While it may seem like a legal battle, the reality is it’s nothing more than the dissolution of a contract. A marriage contract.

So what does that have to do with affordability? How does that get anyone closer to an ‘affordable’ divorce?

No matter how you slice it, an affordable divorce isn’t possible if hiring an attorney throwing in a hefty retainer fee. That’s a lot of money to shell out for something that hasn’t even been worked on, yet.

Add to that the possibility of an hourly rate, and you’re looking at a treasure trove of money just to finalize a petition for divorce, something a spouse (or both spouses) may already want (but would rather not spend a ton of money handling).

If the divorce is mutual, two parties can actually save a ton of money and file the petition themselves without even hiring an attorney or even accepting a court-appointed attorney.

Sometimes depending on how many hearings there are for a petition for divorce, court fees can apply, and these can also drain a bank account. Specifically, such fees may arise due to the complexity of a divorce petition.

So, in a nutshell, if a spouse (or both spouses) wants to negotiate an affordable divorce, make the divorce as simple as possible by drawing up a quick agreement for everything from property distribution, child custody, child support, alimony, all of the above. And even more importantly: agree! If there are any disagreements with anything written on the petition, expect to be in court and then be saddled with some fees.

It is possible for enforcement to really spiral out of control, wage garnishments actually taking out much more than ordered in any divorce petition, so make no mistake: child support can definitely not help with an affordable divorce petition.

But a way to ensure that there is an affordable divorce between two parties is to actually agree on an amount for child support that best suits both parties. This, for the most part, can be determined by both spouses in the matter without even involving the court. Simply draw up an amount that’s mutually beneficial and then present the petition to court, and the rest should go downhill from there.

There Are Some Things You Can’t Control, Though….

Such as a peaceful divorce. And no matter what, such a divorce will always be accompanied by an emptying of the bank account. The more times two people show up in court to dispute any part of a divorce – property, children, money – someone has to pay. And the affordable divorce idea goes away.

In the event, though, that a “fight” ends up in your hands in regards to a divorce, know this: picking the right lawyer may save you a ton of money. So be very careful in your research to hire an attorney.

Granted, such a divorce battle will still cost an arm here or there – but least you can save that financial leg!