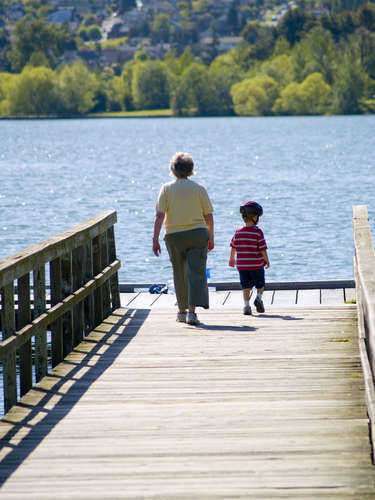 If you are trying to figure out custody arrangements for a child in Kansas, you may be wondering what laws will impact the court's decision.  Child custody laws in Kansas were revised heavily as recently as 2000, so understanding contemporary laws is important for any parent involved in a custody dispute.  This guide will give you a basic overview of these laws so that you can better navigate the family court system.  By the end of this guide, you will have a better grasp of child custody laws in Kansas and be better equipped to find a custody arrangement that will work for you.

Can a Child Decide?

In some states, children have the right to choose which parent to live with once they have reached a certain age.  While child custody laws in Kansas do allow courts to take a child's wishes into account, the judicial standard dictating child custody decisions is the best interest of the child.  This means that a child's choice will not automatically give child custody to one parent, but it may influence the court's decision.

Generally, the term “custody” in Kansas means only legal custody, or the ability to make crucial decisions about your child's health, education, and religion.  Custody has not referred to a child's residency since 2000, when the state abolished the term “physical custody” in favor of “residency.”

Even if sole legal custody is granted to one parent, the other parent is still entitled to information about their child's medical and school records.  The custodial parent is not allowed to block the non-custodial parent's access to these records unless a restraining order has been issued.

Residency refers to where a child will live (in some states, this is referred to as “physical custody”).  Even if joint legal custody is awarded, one parent will often be given residency of the child for the majority of the year.  This primary residential parent will be responsible for the child's housing, clothing, and food while the children are in the primary residence.

The state of Kansas uses the term “parenting time” to refer to visitation by a non-custodial parent.  Minimums for the non-residential parent's parenting time will generally be agreed to by both parents in a parenting plan or ordered by a family court judge.

If there has been a history of domestic violence or drug abuse in the home, the family court judge may order that parenting time be supervised by a family friend or relative that both parents trust.  This helps to ensure the safety of children while also giving both parents at least some access to their children.