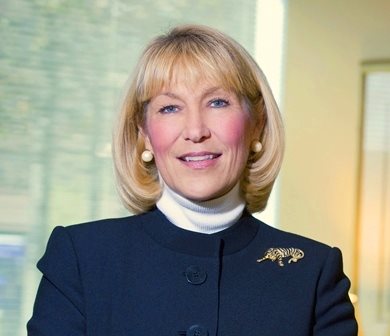 Washington, DC—When she started out the legal profession in the 1980s, Leslie Weber Hoffman was assigned family law cases because no one else at her firm wanted to handle them.  “I was assigned the cases because I was the woman attorney and the newest,” she recalled in a recent interview with laws.com.

Soon, changes to the law made her new specialization more important than ever.  “In the early 1980's, the law changed drastically, and family law also then became more complicated due to the introduction of an intermediate court of appeals and the case law that ensued,” she says.  “Ultimately, there was an explosion of cases.  The practice of family law grew exponentially and became far more sophisticated.”

Today, Hoffman observes a wider range of family relationships being decided through family law processes, but says the processes themselves remain similar.  “Now we are seeing different players.  Whereas it was more traditionally a husband and wife in an acrimonious breakup, now it can be a man and girlfriend, a parental breakup of a child from the parents, and even international adoption issues have been much more prevalent, as travel between countries is far easier,” she says.  “The practice has certainly changed due to the fact that people are in different relationships, but ultimately these relationships are still covered by the law.  Family law is still essentially the same, despite the different players.”

Some couples can benefit from seeing a family lawyer before they get married, Hoffman says, but a prenuptial agreement isn't necessary for everyone.  “It is not always necessary for people who are on par economically,” she says.  “It is more essential when someone going into a marriage has accumulated wealth before the marriage.   Another instance where a prenuptial agreement may be helpful, would be for a woman who is employed and intends  to be a stay at home mother … she needs to have assurance that for every year she gives up her career, she will have a year of compensation if the marriage fails.”

For many couples, Hoffman says that mediation can be the best option for resolving disputes relating to a divorce—but it requires couples to be open and honest.  “There must be civility for mediation to work correctly,” she says.  “A person who wishes to work with me must give me full disclosure—full and complete, and sometimes on levels beyond just finances.  I'm talking about the wrongdoing that has caused the break-up as well…periodically venting that difficulty and securing an apology allows the parties to move into settlement.”

Not all couples can put aside enough of their differences for mediation to work, Hoffman cautions.  “Sometimes I can't help, if gas has already been thrown on the fire by the other party.  For instance, a case could may have to go to trial if there is violence, or if the spouse has been philandering for a number of years.”  For that matter, Hoffman says that not all bad divorces start because of the couple: “Even the choice of a bad attorney can detract from a peaceful mediation or case settlement.  This will all can also lead to a lengthy trial.”

Any couple looking for a divorce attorney should make sure that they're finding one who will help them to resolve their conflict as peacefully as possible without sacrificing quality representation, according to Hoffman.  “Find someone reputable, someone who does not inflame matters for their own economic advantage. However, sometimes clients must litigate to secure an equitable outcome, and it is imperative to have an experienced, competent attorney to do so.”