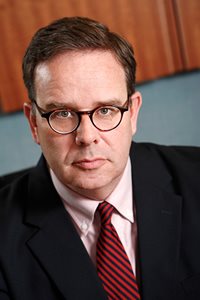 Washington, DC—After getting started as a prosecutor, Gregory Nugent made a shift into divorce and family law.  He didn't just dip his toes in the water—he dove right in.

“The first case I handled in family law was a complicated case that involved spousal support, custody, and even business and property,” he recalled in a recent interview with laws.com.  “Beyond that, there was an incredibly difficult opposing party.  I realized: this is the kind of case that can beat you—or that you can overcome.  I overcame, had a great outcome on all the issues, and realized I could do this.”

While many people focus on changes to family law stemming from recent gender-neutral marriage statutes in places like the District of Columbia, Nugent says that gay and lesbian couples haven't really changed family law that much.  “From what I can see, homosexual and heterosexual couples are similar.  Some of the problems are gender neutral.”

Couples who want to avoid a messy divorce should consider having their dispute mediated, rather than brought to court, according to Nugent, as long as there is “full and open and honest disclosure of information, especially financial information.”

For families with young children, Nugent says that it can be beneficial to bring in a professional.  “When it comes to kids at the earliest stage of divorce, I counsel people that they should confer with a child psychologist about sensitive and developmentally appropriate ways to separate,” he says.  “You also have to figure out how to talk to a child about the separation, and how it will affect the family.  Ideally, parents should meet with a child psychologist to develop a unified message for the child that they can deliver together.”

Parents have a shared responsibility, in Nugent's view, whether or not they remain married.  “Hopefully, the psychologist will persuade the parents that they need to raise the kids for the rest of their lives, even if they are not together.  It's not like when the kids turn 18, their lives stop.  The kids will have events of their own, and those should be events that all can attend and be comfortable in.”

While he describes collaborative law as the “new trend” for couples seeking divorces, Nugent is not convinced that collaborative law is right for most couples.  “If the process fails, all involved have to get new lawyers,” he says.  “I must admit that a portion of my practice is helping people through failed collaborative law processes.  I hear that it is incredibly expensive bringing experts in, and clients I represent say that the lawyers are more devoted to the process than the people.”

When looking for an attorney to help them resolve their divorce dispute, Nugent says it pays to be picky.  “You want a lawyer who, in the first meeting, will give you so much information to think about that you feel like you've gotten a 12 week crash course in two hours,” he says.  “Some run the meeting in other way and hold back a little, but my feeling is that the client needs to be well-educated from the beginning.”

This doesn't mean that one size fits all, though.  “Some parties need aggressive litigation; others need a slow and easy approach.  You want to make sure that the lawyer can operate on different speeds.  You and the lawyer need to decide what is best for the case, the children, and yourself as the client.”