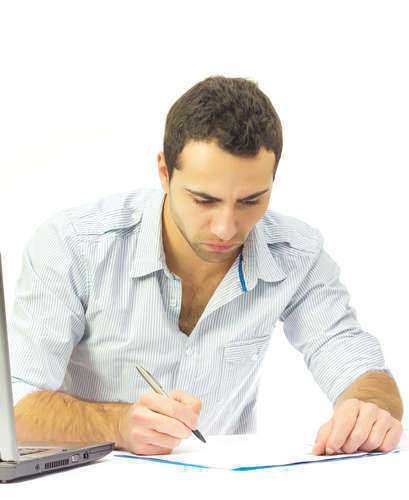 The Right Divorce Help for Men

There’s no surprise that men do get the shorter end of the stick when it comes to divorce. Why? Sadly, in the divorce industry it seems that the wife has the upper hand. It’s actually a true statistic that the majority of divorces are petitioned by the wife. This isn’t a stab at all wives seeking divorce, though – it’s simply the truth, based on morality, based on statistics. Based on everything.

So the real question is this: is there some divorce help for men out there? Or are all men doomed to suffer through losing just about anything and everything in a divorce process, losing child custody, paying an ungodly amount of child support, possibly even the kids changing the last name?

Believe It or Not – There Is Some Divorce Help For Men. It’s All in the Law

And to be sure, the kind of divorce help for men you may expect isn’t about a “fight.” That’s the first mistake most men make. Divorce is not a lawsuit. So there’s nothing to ‘prove,’ per se.

In fact, most divorces don’t even require a lawyer. So men can dispense with the fact that they think they must hire one when facing a divorce petition.

The key to getting the best divorce help for men is to get involved in the legal system. No handing out retainer fees to some top-notch attorneys to handle the divorce petition, because that will almost always end up with the husband losing more than he wants to lose. Remember: divorce isn’t something that’s won. It’s something that’s negotiated.

What Divorce Really Is

Why is it that women end up getting more than if it’s not a dispute? They get custody of the children, sometimes they get the house and the men have to move out. Most of the property ends up with the wife. Obviously non-custodial fathers end up paying child support; and that can put a huge damper on finances.

Take note of this very seriously: the reason why most divorces turn into losing disputes is because men turn it into a dispute. Plain and simple.

Think about it: a marriage by law is basically a contract. That’s all. When divorce arises, it’s essentially the dissolution of that contract. There’s no winner – and no loser.

Change the mindset about what you, as the husband, are entitled to – and it will change the entire process of the divorce. And this is how:

What? Taxes? What does that have to do with divorce? Basically everything. In fact, in many situations that can provide some of the best divorce help for men.

The amazing thing is many don’t realize just how much can be deducted from taxes. And once a marriage has been dissolved, there’s a wealth more out there that can be deducted. Simply consult with an accountant, learn the process, take advantage of it. It will save you money.

Remember: a divorce petition is actually a negotiation, not a dispute. So start negotiating. One thing you can negotiate is simply this: suggest that your automatic child support garnishment go into a college savings account for the children! Ask yourself if that suggestion can really be disputed.

Child support is exactly that – child support. So why not have it stipulated that the given amount for child support be simply deposited into a college savings account? Not only would the court love the idea – but the kids would (the ex-wife might not).

Sometimes the court may stipulate that a non-custodial father will have to carry a massive life insurance policy to handle alimony or child support. What many don’t realize is that standard social security benefits already handle the policy!

So lay off the expensive policy. That’s less money out of your pocket, and more stability for you.

Last But Not Least – Don’t Argue, But Explain

Yes, the issue of child custody can be difficult. Even heartbreaking. But keeping a clear head will go miles, and when you look at a child custody “battle” as a negotiation, arguing that you belong with the kids is definitely not as effective as explaining that the kids need you, their father.

Make it about the children. Not you. The approach does matter, as with any negotiation.

A Healthy Divorce For a Man

It can be possible. It can work out.

It just has to look that way among the men dealing with it. Once that has been accomplished, the rest is all downhill.