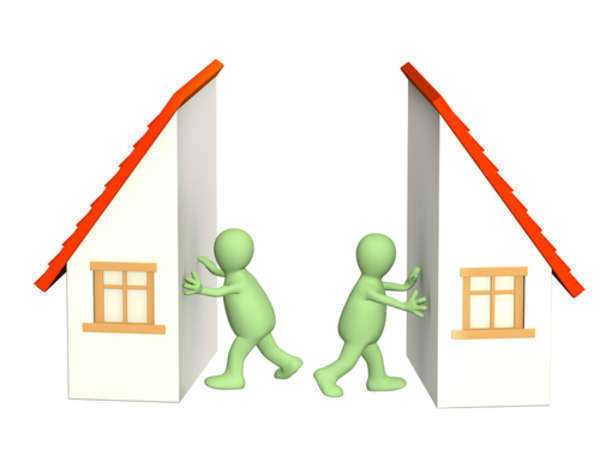 For example, if two spouses were living together before the marriage and one of the partners bought a property in their name, it’s usually assumed that this property is pre-marital and won’t go to the other spouse in a divorce.  However, if the other partner made significant payments towards the mortgage or improvements of the house, a judge will absolutely consider giving the property to either spouse.

Children are one of the biggest factors in who gets the house in a divorce because a judge will do everything in the best interests of the children.  If a spouse wants to move out before the divorce starts or before a temporary order and there are children involved, the spouse can still move out but the children will usually stay in the original property.

The parent who stays in the house and takes care of the children usually has a high chance of keeping the property.  The parent may receive custodial rights so the children don’t have to move and change schools, but this scenario does not always hold true.

In order to establish who gets the house in a divorce, a judge will consider a variety of factors about the two spouses and their finances.  The following list of considerations is fairly standard from state to state:

• the duration of the marriage

• the age and physical and mental health of each party

• the pre-marital property, besides a property, brought to the marriage

• the standard of living established during the marriage

• the earning potential of each party

• the education, training, or professional skills of each spouse

• the contribution of each party to the other party’s education, training, or increased salary

• the tax consequences for each spouse after the division of property

• the present value of the house and property

• each party’s contribution to the education, medical insurance, and tuition of the children

The ultimate decision of who gets the house in a divorce is determined by the judge unless there was pre-marital agreement about the property.  Two spouses may undergo a settlement outside of court, but the majority of property division occurs within a trial.